Blog - Latest News
You are here: Home / Motivational / What is Your Imprint?

I’m not typically the person who leads the conversation in politics. As a matter of fact, if I feel that it’s going to cause an upset or argument among people I’m with, I will avoid it. Why? Because everyone is entitled to their own opinion, and me getting worked up to try and prove my point (whether it is right or wrong) is just Mine and only MY opinion.

With that said, it doesn’t matter whether you are a Democratic or Republican, this election will go down in history as probably one of the most vindictive, and divisive elections ever.  Why? Because everyone has an opinion. And both parties think that their opinion is the right one. But, the fact is no matter what your opinion has been, the winner of the 2017 presidential candidate will be determined tonight.  Yes, despite the rhetoric and speculation surrounding voter fraud – your vote will count.  And yes, your vote is STILL your opinion.

So, what do you want your imprint to be?  Are you doing things in life that will make you controversial, have questionable integrity or place doubt in others about your ability? Or will your imprint bring a positive outlook, give hope when things seem hopeless, solve problems, and make a difference?

No matter who wins tonight, an indelible mark of racism, feminism and vicious personal attacks will probably linger throughout the years of this presidency.  The imprint of this campaign will be hard to erase.

You don’t have to run for president to make a positive imprint.  But you need to run for something and you need to make an imprint. Run for what you believe in, run to support others or run to just  prove to yourself that you can.  Just run.   The decision of how you run will have an impact on your imprint.  Of course, it’s just my opinion. 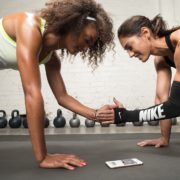 What is Your Imprint?

You Know What Time It Is

What Success Will You Bring to 2017?
Scroll to top