You are here: Home / rejection 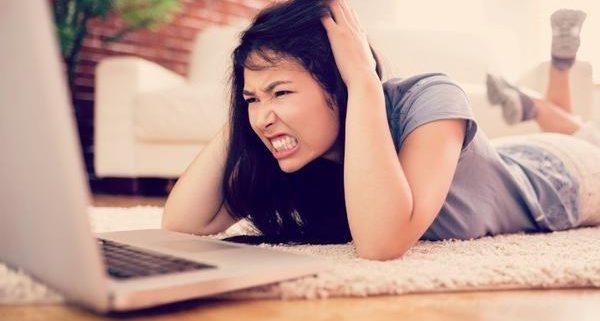 How did that last job interview go? Or better yet, how many jobs have you applied for online and you haven’t heard a reply back? Does it seem as if you were rejected as soon as you hit the send button?

What you don’t know about the post-interview process CAN hurt you. So, listen up.

Sometimes it’s not what you know, it’s who you know

It’s a fact. Those referrals are the most cost-effective and effective methods to hiring a strong candidate.  When you get an opportunity, poll several people who have been working at their jobs for a significant amount of time. Ask them how they got the job. You may be surprised that they were referred.

I was at a restaurant one day and overheard a conversation between a young unemployed lawyer who was talking to a seasoned lawyer.  It was amazing as to how many leads this young attorney received. She also received tips on how to interview with some of the tops firms she was interested in.  By the time their meeting was over, this person was armed with contacts, recommendations, and a list of referrals. If everyone had that type of headstart, imagine how many people could successfully get hired!

Not everyone is as lucky to meet a helpful mentor.  Here’s  a little insight as to why you may not have received any call backs yet regarding your last interview.

It’s hard to believe that this can be a reason that a recruiter has not gotten back with a candidate. After all, it’s their job to find the right person for the job.  But, sometimes if you are one of the first candidates to be interviewed, you can slip through the cracks because there were other candidates that came after you that were more memorable, or the interview process is so lengthy that they don’t come back to the initial candidates who interviewed.  Another possibility is that the job does not need to be filled right away. Yes, I agree, it would be nice for them to let you know that, but that’s rarely if ever the case.

In any case, the employer has extra time to go through the hiring process and might get back to you…eventually.

This may happen often and you don’t even know it because there are no calls or emails.  Things just go dead and leave you wondering what happened.

If your gut tells you that you probably didn’t get the job after a few weeks of waiting, then go with your gut.  Just keep up the process. Something should eventually come through if you are resourceful and diligent.

3. Legal concerns may be justified

Many people will use any excuse to have grounds for a lawsuit. So this is another reason why you may not be getting a call to let you know that you weren’t hired.  It’s easier for the company not to contact and void possible questions about why you weren’t hired.  It’s not fair, but times have changed and this standard appears to be more of the norm.

Sometimes you get lucky and have a hiring manager provide you with feedback.  But to avoid getting into answering any follow-up questions many avoid all communication. This radio silence can prevent them from potentially getting into unforeseen trouble or possibly taking the chance of offending someone. If by chance a hiring manager did offer a reason as to why you weren’t hired, they might fear that you’ll contact them again with more questions.

To avoid having that line of communication—and potentially getting into trouble—the interviewer may go radio silent for future questions. If you’ve experienced any of these examples, you cannot allow yourself to sit and ponder about why employers have not responded to your job interviews.  Taking this sort of behavior personally will not be beneficial for you as you continue your job search.  Stay positive and believe in yourself. Know that your dream job is out there waiting for you to find it!